Coed Hills (pronounced ‘coyd’, a Welsh word meaning “wood”) near the town of Cowbridge, in South Glamorgan, Wales, is home to 25 adults and 1 child, living as an autonomous collective of individuals. Residents live in the forest in yurts, benders (structures made of bent tree branches tied together to make a dwelling), old railway cabins and tipi’s.

The aim of the group is to exist outside the parameters of ‘mainstream’ society, live outdoors in close connection to the land and to build a community where emphasis is placed on environmental awareness and consensus driven, egalitarian communal living. Taking some of the ethics of the communes of the late 60’s and early 70’s such as the rejection of capitalist ideals, self-government, self-sufficiency and a back to basics approach – the group sought to embrace new technologies and use these to enhance a traditional, low-impact way of life to create a viable and fully functioning alternative existence.

Most of the energy used at the site comes from alternative sources such as wind turbines, solar panels, biomass under floor heaters and solar showers made of scrap radiators. By amalgamating the benefits of modern technology with the knowledge of successful traditional modes of community living, Coed Hills shows us a practical, ever more feasible and perhaps necessary way of life at the turn of the decade. 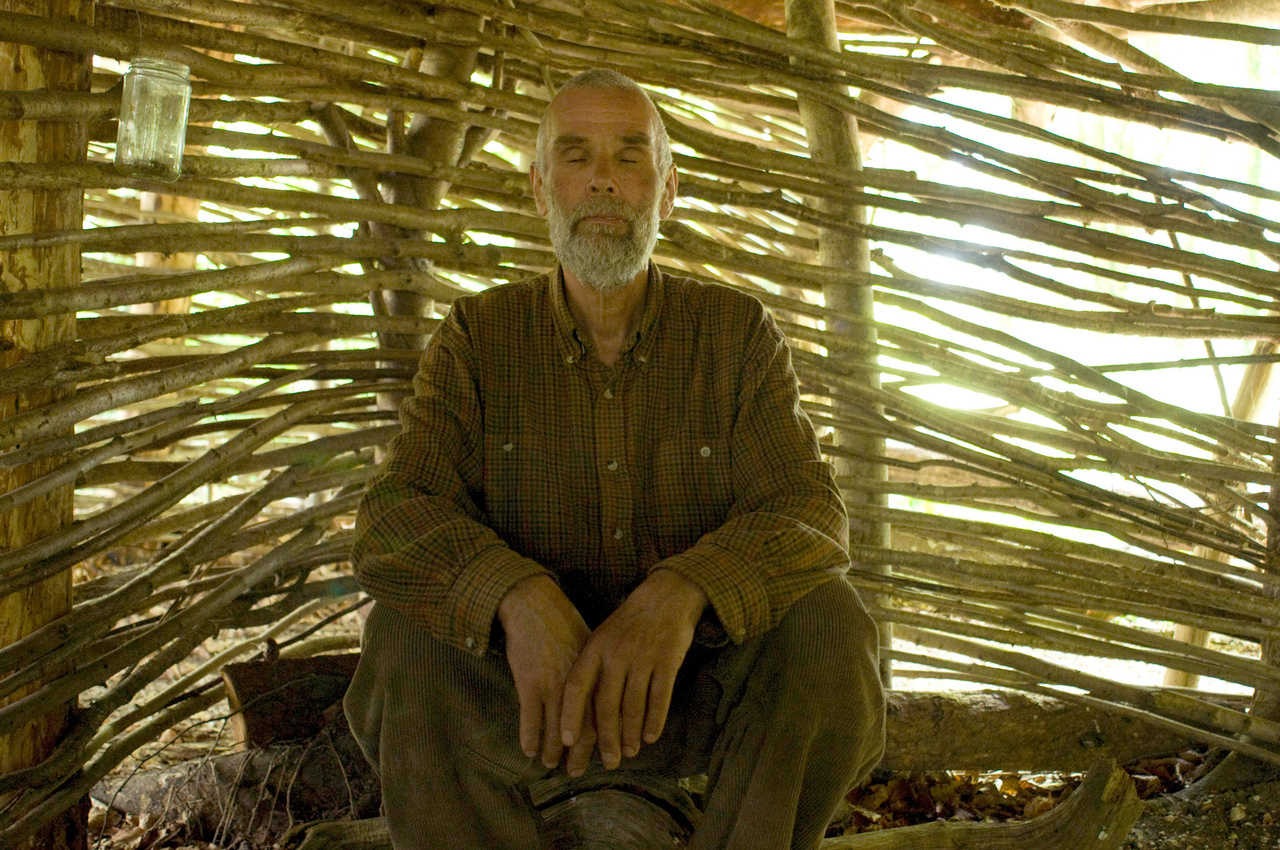